If someone quizzed you about Full Circle 360 on Main Street, how would you describe it?  A store?  A hangout for teens?  Some operation run by teens?  Try all of the above:  Full Circle 360 is a youth ministry that provides teens with job training so they can run a store; the store, in turn, funds other teens’ training plus additional programs and services for the community.  The brainchild of founder Alexander Price, Full Circle 360 is a Christian youth ministry outside the four walls of church.  Incorporated in October of 2014, this nonprofit has grown into its third and largest location yet at 1415 South Main Street in Pine Bluff, Arkansas.

As most could imagine, the job training and experience running a store is a valuable life skill for a young person; but Full Circle 360 offers even more than that.  They provide several programs and activities, mostly educational, for disadvantaged youth and for adults.  When necessary, Full Circle 360 takes care of basic needs of the participants; but over time, to the extent possible for a minor, this youth ministry teaches teens to help themselves — and then to teach and help others.  Their key messages say it all:

“Reach, teach, and give back.”

For Youth.  Overall, the core Full Circle 360 programs are for teens aged 14 to 17 years of age. They run a store where they earn money at minimum wage. But first, they learn to apply for a job, interact with customers, and handle retail store responsibilities. Youth who are at least 12 years old can participate in the training but just cannot work for wages.  Full Circle 360 also runs a safety program for girls.  At times, activities are offered to the younger set — for example, this summer, a four-week day camp for younger children is available.  But year-round, most programs and activities are for adolescents.

For Adults and the Community.  One key program for adults covers scam awareness education for the elderly.  And for adults in general, Full Circle 360 helps people with business start-ups — articles of incorporation and other required legal and financial documentation.  They also provide canned food and bottled water for those in need, with an eye toward nonperishable items and pop-top lids for the homeless.  Sometimes outreach to those in need is ad hoc, such as the time a homeless couple had used all the free days allowed at the shelter; the couple turned to Full Circle 360 which provided money for additional time in the shelter.

While its beginnings go back to Mr. Price’s early ministerial work, in some sense, the nonprofit seems to be another part of Mr. Price himself.  A native of Altheimer, Arkansas, Mr. Price moved to Pine Bluff soon after high school.  He simply set out on his own in his new city of choice with the intention of supporting himself and being that adult he was at 18 years of age.  Indeed, he soon found full time work and also enrolled at Southeast Arkansas College.  A few years later, he started a job with the postal service where he still works; the income supports the nonprofit as well as his own family.  May all readers realize, this introduction to Mr. Price — and his sense of independence and personal support of this ministry — foreshadows the story of Full Circle 360’s mission and its every step taken.  Work, learn, and give back.  Reach, teach, and give back.

The Call to Ministry.  Having said that, just a few years after starting mail delivery, Mr. Price felt the call to ministry in October of 2008.  By January of 2009, he had delivered his first sermon.  Immediately after that, he was awarded a youth Sunday school class.  In addition to teaching teens about God and Christianity, Mr. Price got quite a glimpse of the youths’ lives, including their confusions and frustrations.  Their questions about what to do when they grow up, their frustrations at school, and their boredom over nothing to do were issues they shared with Mr. Price, their new go-to person.  For some, he was the go-to person in their lives.

Learning the Depth of Youth Needs.  In the meantime, around 2011, he started driving the church van; he found that the children and teens wanted to stop at an eatery.  He realized that they needed a chance to earn money to provide for themselves.  He also continued to get to know their disappointments, needs, and hopes. Also, Mr. Price would see children and teens outside, riding bikes, walking, or just hanging out.  Eventually, he started asking them and their parents if they wanted to come to church on Wednesdays, and many did.  Over time, they wanted more to do, something in addition to the Wednesday nights at church. 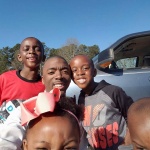 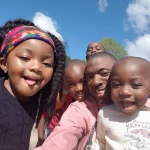 These experiences led Mr. Price to reflect on his own youth, to think about what he wished he had known when he was their age.  He also thought of his own children: Zayvion (now 14 years of age), Elijah (12), Malachi (6), Jeremiah (5), Alexandria (2-1/2), and Isaiah (also 2-1/2).  At the time, his own children were younger than most or all the youth he taught and mentored in the ministry (though Zayvion and Elijah have since joined the cause).  Mr. Price thought more and more about the world his own children would face.  What was he learning from the youth at church that would inform his own parenting?  So, with all of these children and teens in mind, his own and others’, Mr. Price began to think of ways to help them learn what they needed to know and to prepare them for the world from a Christian standpoint.  But of course he needed funding to reach this many youth with regular, long-term programs.

Mr. Price’s solution was to start a nonprofit that ran a store to fund the programs, with job training and employment for the teens themselves; it is patterned after Good Will, but with a focus on youth.  This was part strategy for raising funds and part ministry for developing self-reliance and preparation for life.

By October of 2014, the nonprofit was incorporated and soon started in a kiosk with a consignment shop.  He and participants — around 10 youths at a time — raised funds by selling donated clothing to start the program.  In just a few months, they made enough money to support their program and grow — to the point of actually outgrowing their first location.

The Kiosk Had Served Its Purpose

In January of 2015, Full Circle 360 moved to a new location, a store in the Jefferson Square Shopping Center, and opened in early February.  In no more than four months, they had outgrown a kiosk and filled a stand-alone store of roughly 2,800 square feet.  The program tripled, with up to 30 youth participants enrolled at a time.  In the meantime Full Circle 360 reached hundreds beyond its own participants, through outreach to those in need, both youths and even adults.

After a year and a half, this new nonprofit needed even bigger space.  So, in August of 2016, they moved into a store at 1415 South Main Street, where they are now.  This store is about 5,400 square feet, with another 200 square feet of storage area.  They use it all.

An Ever-Growing Circle from This Youth Ministry

And so they continue, with a 30-count teen crew and volunteers to cover school hours, thanks to regular volunteers Bruce Caldwell, Barbara Cooksey, and Sarah Price.  Then, when youth participants are out of school, they run just about everything:  advertising, ordering, stocking, customer service, check-out, closing — everything.

Full Circle 360 also sets up classes for their participants to learn to find employment.  (By now, the youth find their own instructors.)  The classes are on writing and building a resume, job applications, professional email addresses, interviews (what to wear and how to talk), and professional wording on applications and resumes.  They also have classes on how to open a bank account, which is good for personal business but necessary for most employment due to direct deposit requirements.

The teens also learn how to operate the business; they do actually operate the store.  In addition to stocking and customer service, they get specific training on how to greet and deal with customers and how to deal with customer conflict.  Another volunteer, Ms. Sharon, from Owens Tool Supplies, teaches the participants money counting skills:  to leave the money the customer just handed on the till drawer (until the customer interaction is complete) and to count back the change, starting from the amount owed.

In addition to employment related skills, Full Circle 360 also offers life classes about dangers on the street and safety training for girls.  Another crucial volunteer, Ms. Alexander, is there especially to help young girls.  She is the only volunteer with regular office space at the nonprofit.

Goals for the Future of Full Circle 360

Not surprisingly, Mr. Price and his crew have plans for the future; they are always working toward goals — to teach youth to do the same and to reach more in need.  Their most immediate goals are to expand their volunteer base, fund-raising, and donations.

Volunteers.  Mr. Price hopes to have more full-time volunteers with work space.  Also, Full Circle 360 simply needs more volunteers.  When asked what he wished more people knew, Mr. Price wished they knew how much the nonprofit needs adult volunteers to help with the educational programs, to serve as mentors, and to give rides to and from Full Circle 360.  The nonprofit does not have a van, and many teens face bullying and sometimes bad weather as they walk from school to Full Circle 360.  Some come from schools too far away to walk. (All area school districts are represented by participants.)  Full Circle 360 has (and requires) volunteer applications that include a background check.

Fund-raising and Donations.  In addition to the store sales, Full Circle 360 has fund raisers and accepts donations.  Ms. Sharon Morse, owner of Ohio Street Mini-Storage, alwaysbut  donates from her store.  In general, used clothing items and general merchandise that is in good, working condition are gladly accepted.  Donations are tax deductible since Full Circle 360 is a 501(c)(3).

Full Circle 360 regularly holds events, whether they are training programs, fund raisers, or fellowship and fun for the participants.  Here are some of the upcoming events, all held on site (though brief day trips will be made during the day camp):